ADRA Justice at the Table in Moldova

Do It Together Sabbath School Virtual Refresh: This Weekend!

The war in Ukraine has dragged on for nearly a year. Neighboring Moldova, one of Europe’s poorest countries, has been warmly welcoming Ukrainian refugees. Many are among the most vulnerable such as children, the elderly, and those living with disabilities.

ADRA is supporting Ukrainian refugees in Moldova, as well as their host families, with access to food. The Justice at the Table campaign is raising funds to ensure food for families in 13 countries, including Moldova.

Their Justice at the Table campaign will help us to continue assisting into next year, ensuring that vulnerable refugees and their hospitable yet also vulnerable host families have enough to eat.

The goal is to raise $2.4 million, which will be multiplied through a partnership with Canadian Foodgrains Bank. To date, the campaign has raised 25% of the goal, or $592,159. They have until March 31 to reach our goal. 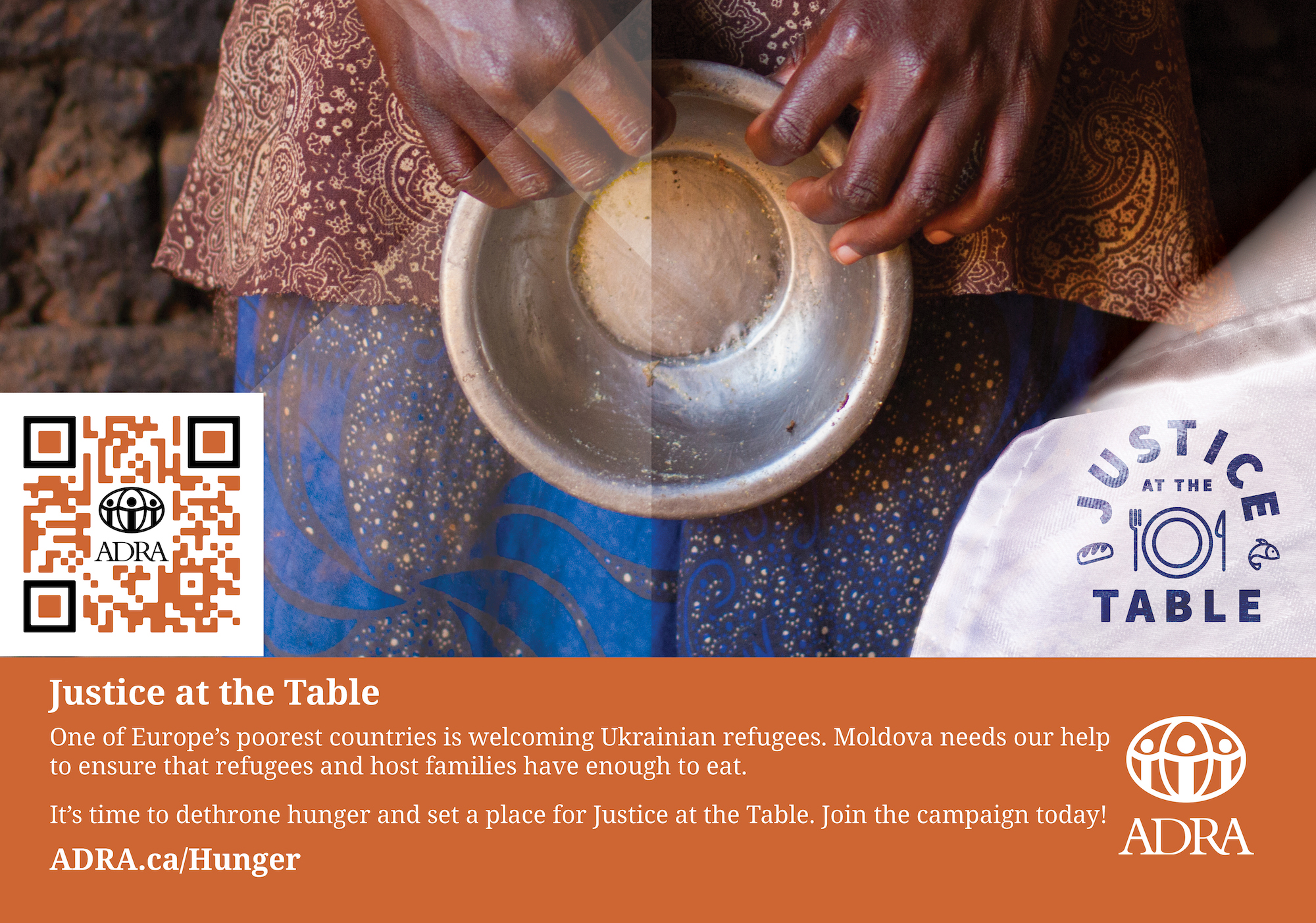 To be updated with all the latest news, and announcements, subscribe to our newsletter.